The Order of Knights of the Truffle and Wines of Alba is headquartered in the prestigious Grinzane Cavour Castle, one of the finest examples of mediaeval Langa architecture. This imposing residence is inextricably linked to the history of Italy, as one of the main architects of the country’s Unification – Count Camillo Benso di Cavour (who was also village mayor) – lived here between 1832 and 1849. Before his arrival the Castle and its estates were in a state of neglect and produced very little, low quality wine, but thanks to Cavour today they can be considered the “birthplace” of Barolo wine. Indeed, the 1844 was the first vintage of Barolo to be bottled in this area.

Grinzane Cavour Castle is also home to the Enoteca Regionale Piemontese Cavour, a Michelin-starred Restaurant, and a museum dedicated to the history of the culture of wine and Alba cuisine which is housed in several rooms.
Also based in the Castle are O.N.A.F. (the National Association of Cheese Tasters), the Wine and Health Observatory, U.G.I.V.I. (the Association of Vine and Wine Jurists) and the Radici Foundation (for the safeguarding of the legacy of the Langhe, Roero and Monferrato), and since 1999 it has hosted the Alba White Truffle World Auction. 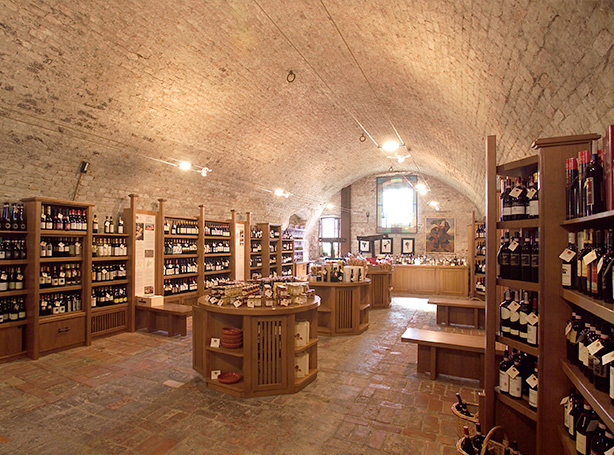 The excellence of Alba and its surrounding area was already represented as long ago as the 1950s by the Truffle Fair, yet at the time the local wines were not well-known or protected. One of the first to understand the potential of the area’s food and wine was Luciano Degiacomi, and with the backing of the Famija Albèisa heritage association he was also one of the main promoters of the creation of a showcase for a selection of the finest local wines to facilitate their tasting and sale, and raise the profile of the land in which they are produced. The result was the establishing on November 27th 1967 of the Enoteca Regionale Piemontese Cavour, housed in Grinzane Cavour Castle.

Established just nine months earlier by Degiacomi and 20 other founder members, the Order of Knights of the Truffle and Wines of Alba was chosen as the operational vehicle to deliver the purposes for which the Enoteca had been set up

A place of beauty to be admired, surrounded by the most spectacular scenery of the Langhe

Standing guard over the village of Grinzane Cavour, amidst vineyard-clad hills stretching out as far as the eye can see and dotted with prestigious wine cellars, small villages and mediaeval castles, since June 22nd 2014 Grinzane Castle has been the core zone of the UNESCO World Heritage site chosen as representative of the exceptional quality of the Piedmontese winegrowing landscape and its deep-rooted, living wine culture: the 10,780 hectares of the Langhe-Roero and Monferrato.

The World Heritage sites are:

The Langa of Barolo

The hills of Barbaresco

The Monferrato of the Infernot 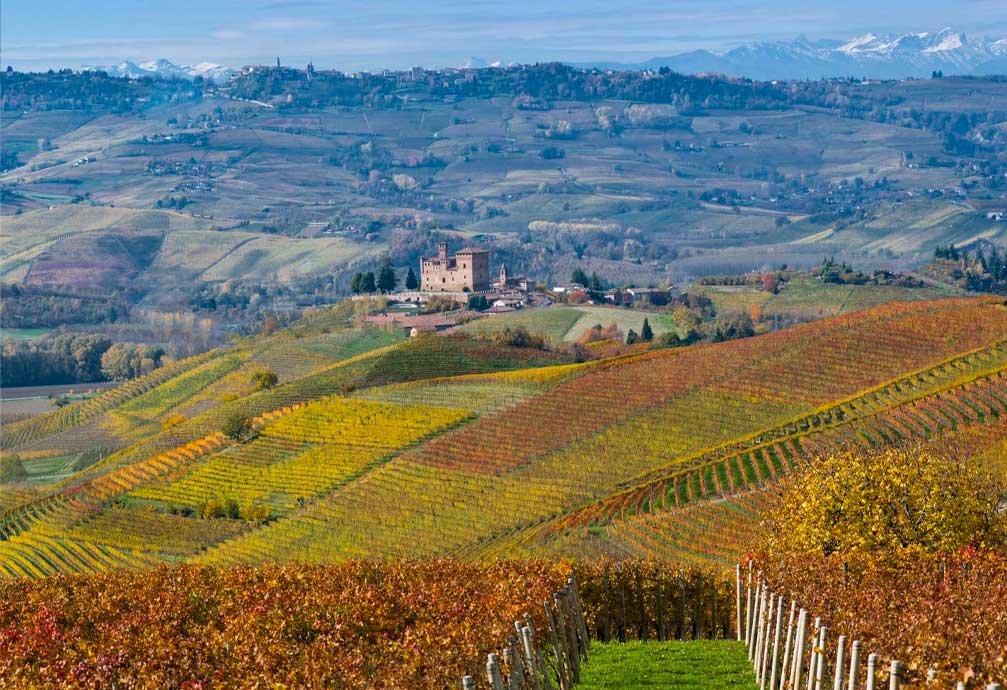