The best moments of the 300th Chapter of the Buds

On Sunday 22 May, the Knights of the Truffle and Wines of Alba crossed the finish line of the 300 Chapters by gathering at the Castle of Grinzane Cavour for the Chapter of the Buds, celebrating 55 years of history and tradition.

After having retraced the history of the Order founded in 1967 through the salient moments, such as the choice to have home at the Castle of Grinzane Cavour, the birth of the Piedmontese Cavour Regional Enoteca, the oldest in Italy today, and the first menus protagonists of the table of the Knights, the Grand Master Tomaso Zanoletti recalled

“The importance of the Chapters as moments of sharing and a true school of anthropology of conviviality and the figures of reference who participated in the foundation and growth of the Order”. 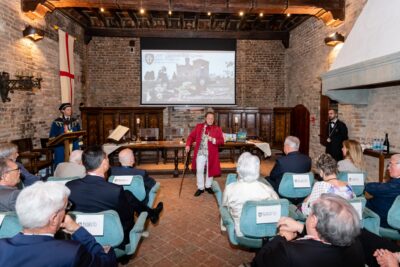 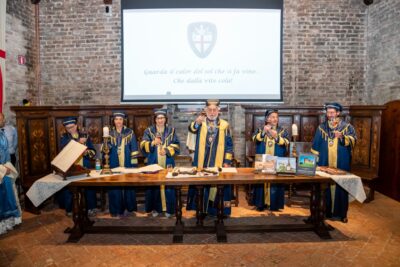 During the cultural moment of the meeting, Maestro Luciano Bertello presented the opera “Alta Langa. Civilization of the table and genius loci ”in a dialogue with the Knights Giulio Bava and Ernesto Tino Cornaglia moderated by the journalist Sergio Miravalle. 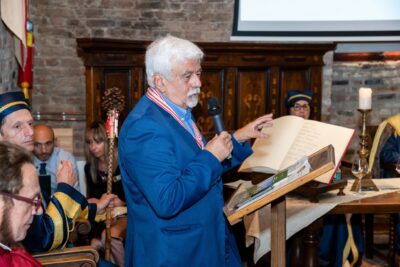 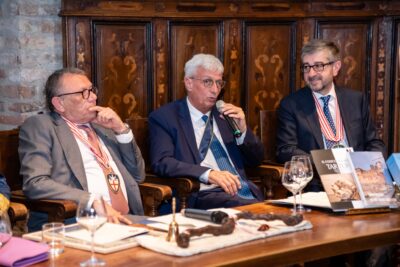 In the ceremony of the 300th Chapter, which began with the show of Flag-wavers and Musicians of Alba, the Ruling Council also inaugurated the new ceremony with the involvement of Count Camillo Benso di Cavour and appointed seven Postulants Knights. 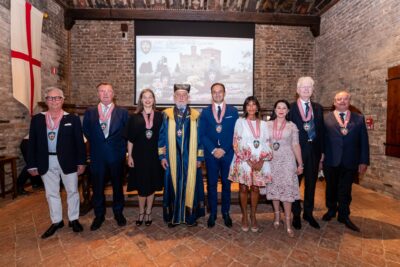 Guest of the Chapter, the Governor of the Piedmont Region, Alberto Cirio, was nominated Honorary Knight “for his constant commitment to topics such as truffles, wines and tourism in the Alba area and with the hope that he supports the idea of a candidacy of Alba and Bra Italian Capital of Culture 2026 that we launched this year, during the first Chapter of the Spring in Langa ”

“The appointment as Knight of the Truffle and Wines of Alba is a recognition for which I am deeply grateful – said President Cirio – because the Order represents a piece of our ancestry. Not only do I undertake the formal commitment to support this initiative, but also to never betray the values of those who, in this area, have always placed themselves at the service of the common good and good governance, following in the footsteps of Count Camillo Benso di Cavour ». 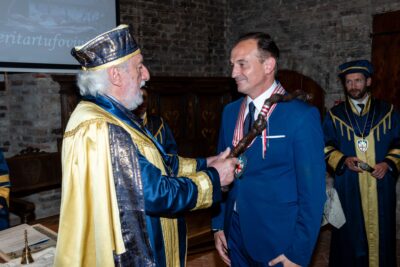 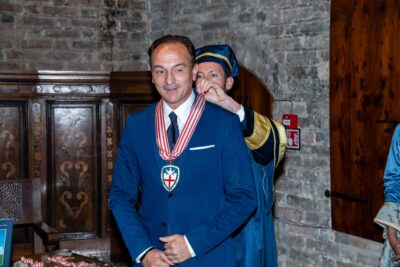 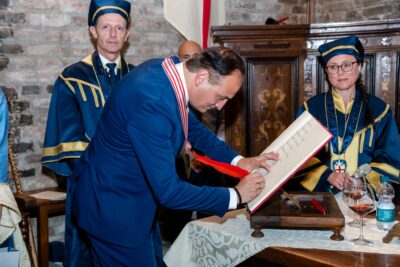 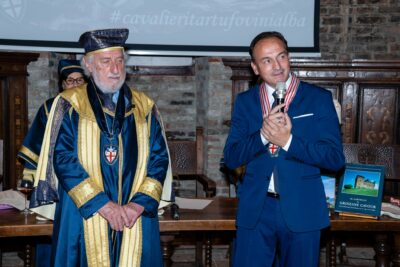 The ceremony ended with a four-handed lunch in the Cavour Room prepared by the chefs Marc Lanteri, host, and Alessandro Mecca from Turin and with the toast of the Grand Master and all the diners.

“Look at the heat of the sun that becomes wine, that drips from the vine” 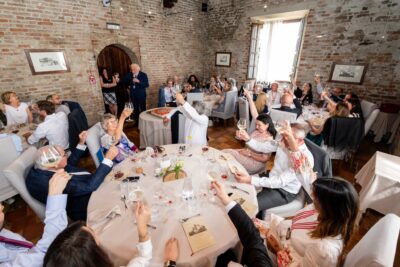