The most exciting moments of the Knights’ Autumn.

We have just experienced an exciting autumn, full of events and great personalities who have animated what is the most awaited moment in our Territory.

On 13 November at the Malabaila Castle in Canale the 297th Chapter of the Autumn Mists was staged during which 20 new Knights were appointed, including the Undersecretary of State for Agricultural, Food and Forestry Policies, Gian Marco Centinaio. 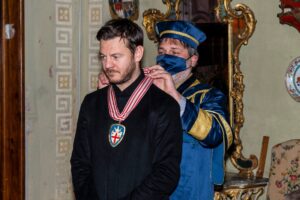 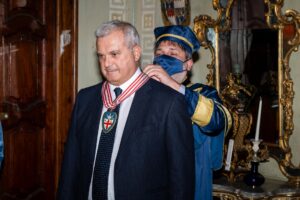 Among the many guests at the dinner, cooked by starred chef Massimo Camia, there was also Martina Caironi, Italian Paralympic athlete and fresh winner of 2 silver medals at the Tokyo Games.

The cultural moment of the Chapter was entrusted to the journalist of La Stampa Roberto Fiori, engaged in an interview with the producer and president of the Barolo Barbaresco Alba Langhe and Dogliani protection consortium, Matteo Ascheri.

«Barolo and Barbaresco are experiencing a very positive period on markets around the world – said Ascheri -. Despite the pandemic, the attention for our wines has not waned at all, on the contrary the audience has expanded and strengthened. Our task is to continue on the path of the highest quality and strengthening the value of these two extraordinary products. But also to face the challenges of the sector in terms of environmental sustainability and work ethics, promoting fair and correct management in all phases, from the vineyard to marketing ».

Another important guest, introduced by the Grand Master Bianca Vetrino, was the president of the F.I.C.B. (International Federation of Bacchic Confraternities) based in Paris, the lawyer Alan Bryden, Honorary Knight of the Order since 2016 who took the opportunity to deliver the “Diplôme d’Honneur” to Giacomo Oddero, calling him “King of Barolo” and remembering his many offices and his long and fruitful commitment to the growth of the Langhe and Roero area. 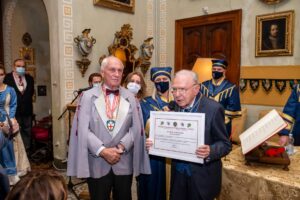 On Sunday 28 November the 298th Chapter of the White Truffle was held in Grinzane Cavour, also welcoming numerous and loyal Knights from Switzerland and Austria. The speaker of the cultural moment was Professor Attilio Scienza, an extraordinary and visionary character who has dedicated his entire life to wine as a winemaker, researcher and lecturer at the University of Milan who was awarded the title of Honorary Knight. 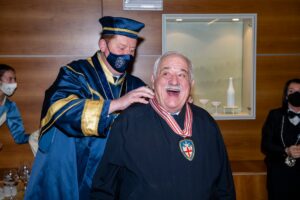 In recent months, the Delegations have also resumed their activities at a great pace. The North-East Italy Delegation based in Verona welcomed the new Maestro JC Viens during an Extraordinary Chapter on 6 November. While the Extraordinary Chapter of the Delegation of Milan took place on November 19th in the luxurious setting of the Four Seasons Hotel. In Hong Kong, during the Chapter of November 13, the well-known wine critic James Suckling was named Honorary Knight of the Order, while various meetings were held in Vienna, Napa & San Francisco. 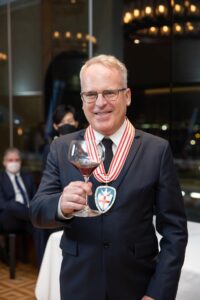 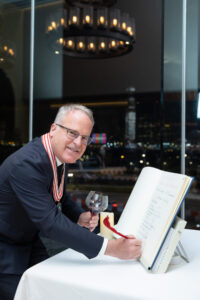 Finally, as per the tradition of the Order, on 11 December the Friendship Festival took place within the walls of the Castle of Grinzane Cavour, an event that closes the year of family and conviviality in which the most traditional dish of the Langhe is served , the Bagna Cauda.

“We close – says the Grand Master Bianca Vetrino – with the convivial moment of the Feast of Friendship, a season of great activity for our Order, with the hope of living a new year full of confrontations and experiences”. 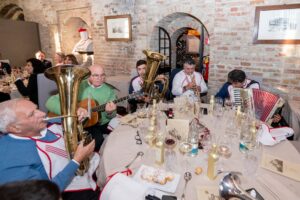